USAP.gov is one of the National Science Foundation’s (NSF) most important beacons, but it wasn’t serving its users as effectively as it could.

The National Science Foundation’s Office of Polar Programs (OPP) manages the US Antarctic Program (USAP), which manages all US scientific research and related logistics in Antarctica as well as aboard ships in the Southern Ocean. USAP.gov is the primary way for the public to understand the work being done in one of the world’s most vital geographic regions, but its dated design is overdue for a major overhaul. 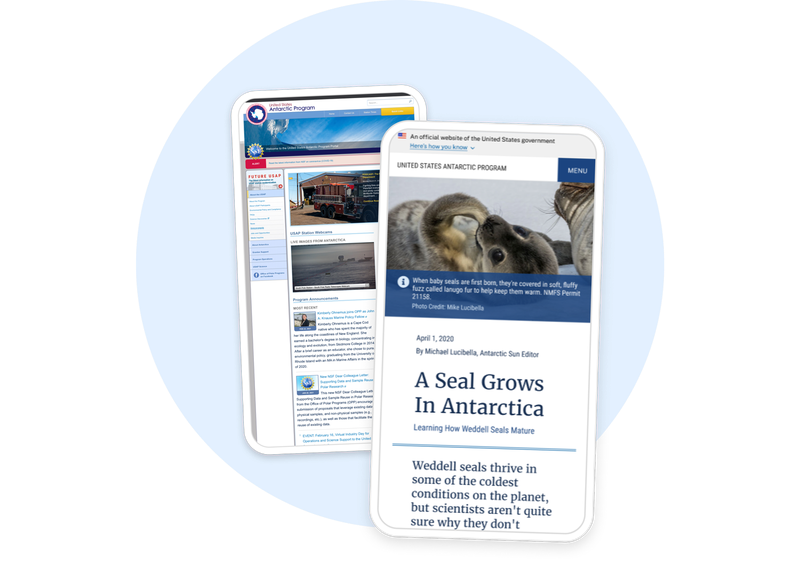 OPP sought to understand how users—including audiences as diverse as researchers, support personnel, teachers, the general public, and news media—interacted with the sites under the USAP.gov umbrella and how the site could be improved.

Coforma took a human-centered design approach to UX research and to developing design solutions that would help OPP modernize the site content, information architecture, and design system to better align with users’ needs and expectations. We knew that the vision and design of a user-centric, responsive, and aesthetically pleasing site hub was a critical component of the OPP’s connectivity to its user base—and thereby the world. 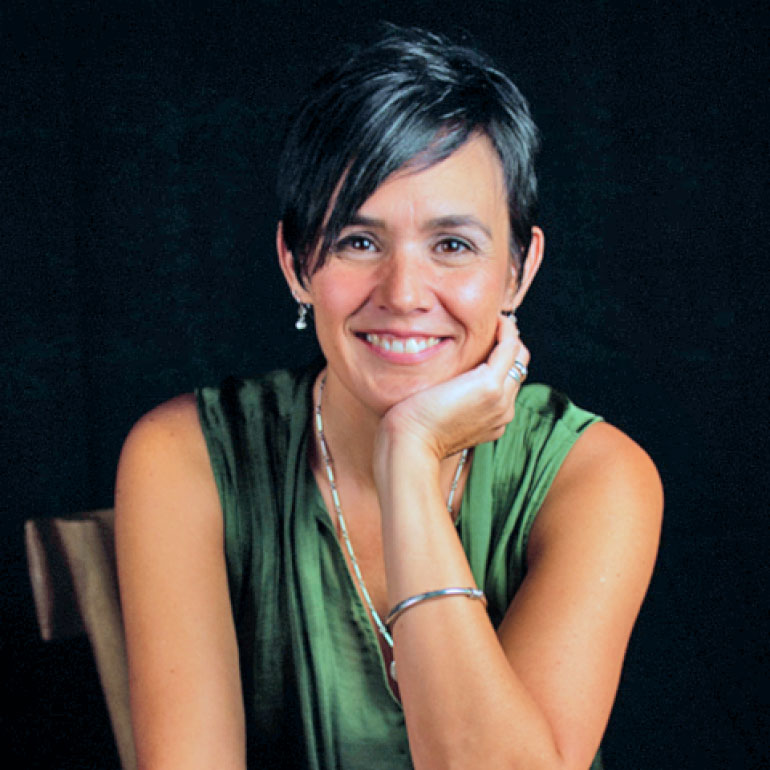 We aimed to strategically analyze existing site content and develop a new information architecture that was useful and appealing to all of USAP.gov’s audiences, based on what real site users told us they needed.

We conducted desk research, secondary research, qualitative research, and stakeholder research to understand how staff and users interact with USAP.gov. We documented their needs, challenges, and goals and produced a synthesized research report that supported a set of recommendations for the USAP team to thoughtfully modernize the web platform. We investigated:

Our findings, designs, and recommendations will be used to build a future website that is an effective and elegant resource for educating the general public on Antarctic science and supporting the logistics of the scientific research being conducted in the region.

To guide future development, we conducted feature prioritization workshops with USAP.gov personnel and stakeholders. We delivered a product road map detailing the strategic vision for the site and a timeline for completion.

We created content and design guidelines for the HCD solutions that we recommended, including written content format, voice and tone guidelines, website functionality guidelines, and user interface design preferences.

User research and workshops with stakeholders drove the resulting artifacts, ensuring that our recommendations for developing web components, content, and assets that will meet the needs of each user USAP.gov group. 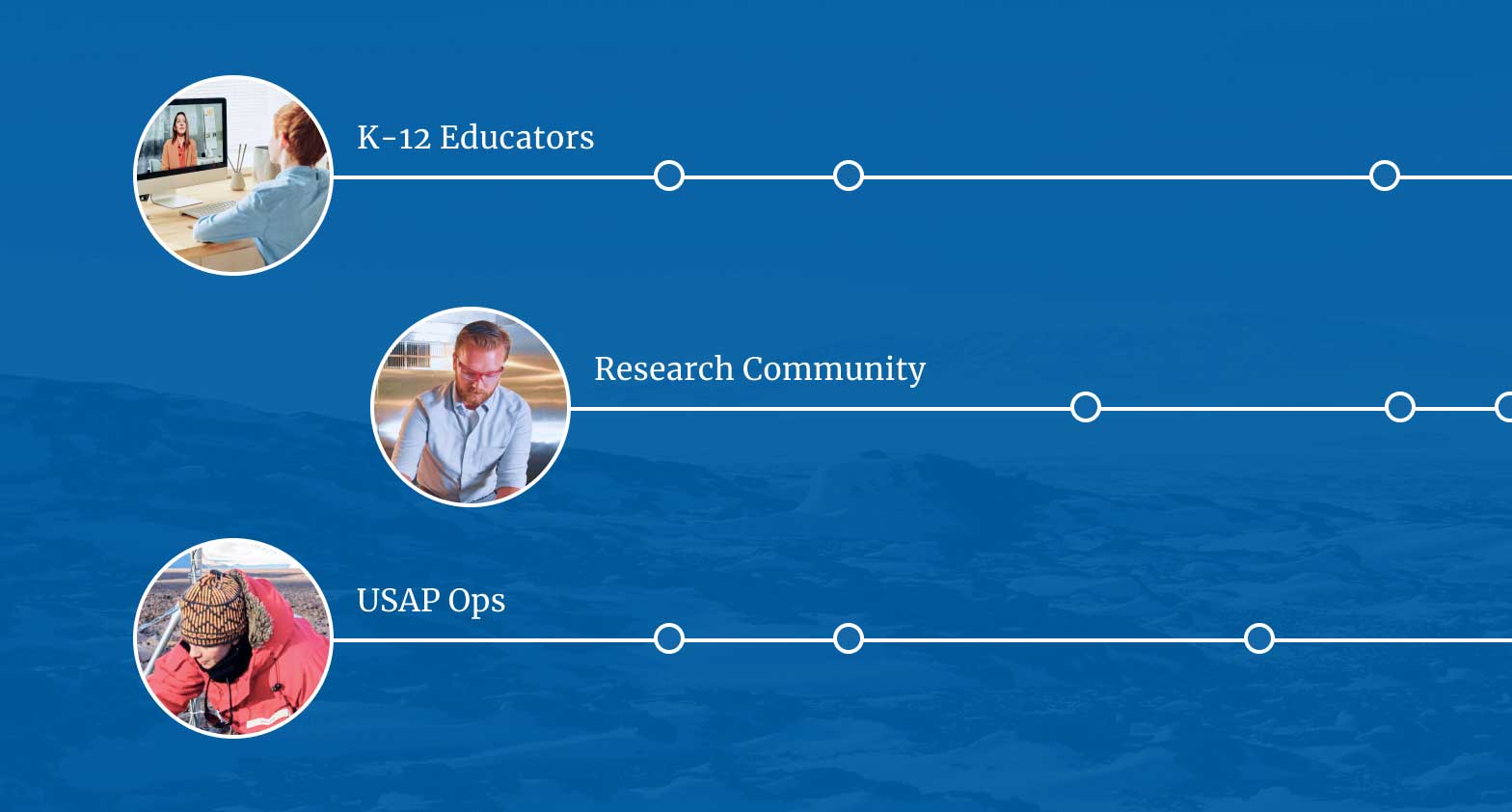 We identified needs and challenges for different users

We synthesized the data across our research to create archetypes of the site’s four user groups, articulate each archetype’s needs and challenges, and make recommendations for future site development that would meet their expectations and needs.

We held a workshop that guided users and stakeholders through a card sorting exercise, then used that information to reorganize information on the site.

Our goal was to help create an accessible and beautiful site hub that leveraged narrative writing, provided scientific facts, and utilized the USAP’s photo gallery to draw site visitors into the wonder of Antarctica. We created sample pages to illustrate how the new design components and guidelines could be used to meet these goals.

Read More About This Project

If you have a challenge we could help you solve, we’d love to hear from you.